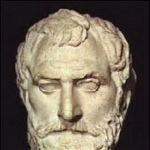 Those three are all tsunderes. It has Dorothy, Hibiki, and Aroma, and those are straight up wack characters. They are also the team that I believe is the most like the legendary Saints. Hibiki and Naru basically have the same name, her Making Drama is a lot like Mia's jump, which both jump up to destroy something, and appears in stained glass at one point. Aroma's pose during the "Switch On" is like Naru's 100% Pure Pure Arrow, and her Making Drama also involves the statue of Sonata/Prism Goddess, just like the time Naru brought back the Prism's Sparkle. Aroma also does clothes just like Aira. Dorothy, like Mia, has an obsession with a number, wants to defeat someone(Hibiki in S2, Aria in DMF), and `Dorothy calls herself sexy, while Mia is a Sexy type idol.

Dressing Pafé, period. Not only does it include the names of Dressing Pafé members, but the meaning makes just as much sense as Dressing Pafé. It incorporates the brands that Dressing Pafé uses, being Fotune Party and Baby Monster, which can be neen in the Oshishi, or Foo Dog.

Favorite Idols of each type

Retrieved from "https://pripara.fandom.com/wiki/User:ThalesofMiletus?oldid=209044"
Community content is available under CC-BY-SA unless otherwise noted.