Nanami Shirai (白井 ななみ, Shirai Nanami) is an idol in the PriPara world. She is a member from the idol group Pink Actress and Q・P☆Cosmix. Her catchphrase is "Kyupikon" (キュピコン, "Kyupikon").

Nanami has bright, happy, magenta colored eyes and slightly wavy and fluffy pink hair that is tied into a side ponytail. She is mostly seen in pink dresses.

Nanami has very high tension and is rather hyperactive. She doesn't really speak much, but tends to utter her catchphrase "Kyupikon" at random times. Nanami seems to be able to hammer frogs well, shown in Episode 09. She seems a bit agile, seeing her somersault in Episode 29.

She once teamed up with Mirei Minami (by raffle) in the show Exciting Idol Gathering. They seem to know each other as they are both getting famous.

Her team members are Momo and Sakura. 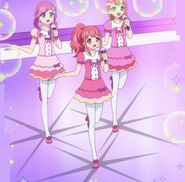 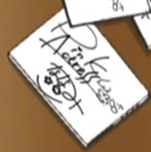 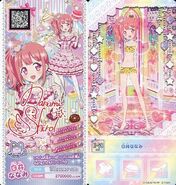 Add a photo to this gallery
Retrieved from "https://pripara.fandom.com/wiki/Nanami_Shirai?oldid=206550"
Community content is available under CC-BY-SA unless otherwise noted.