Meganii Akai is a popular PriPara songwriter and one of the only two known males to attend/are associated with PriPara. He has written songs for Dressing Pafé and SoLaMi♡SMILE.

His appearance is similar to Meganee Akai, however no connections between them have been confirmed. He has short, dark brown hair and chestnut brown eyes. He has red-framed glasses and wears a butler's uniform.

He is a very kind, calm individual much like Meganee. He has a gentleman-like personality, but enjoys to keep his many idols on their toes with new ideas and competitions, which attracts many idols' attention, including Gloria Ookanda. 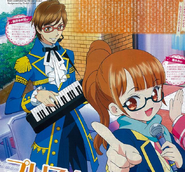 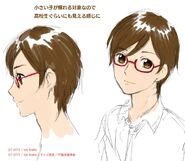 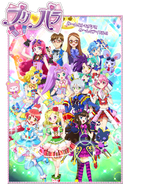 Add a photo to this gallery
Retrieved from "https://pripara.fandom.com/wiki/Meganii_Akai?oldid=206695"
Community content is available under CC-BY-SA unless otherwise noted.