Idol Units are groups of two or more idols in PriPara who perform together. Usually, idol units consist of three people. There is also a three-person idol unit competition, called the Sparkling Grand Prix - a competition that the legendary Saints was formed for.

In Episode 12, it is revealed that there is a ceremony concerning the creation of a three-person unit. Each idol must be in possession of two PriTickets in order for the ceremony to commence.

The three idols must stand in a triangular formation. One by one, they must snap off the Friends Tickets on their PriTickets, cross their arms and trade them with each other while reciting the following:

Two unit ceremonies were showcase in Episode 12. The first was between Sophie Hojo and the NMews Sisters, but was unsuccessful, as Sophie backed out of the ceremony at the last minute. Soon after, another ceremony was performed between Sophie, Laala Manaka and Mirei Minami, which was completed, forming SoLaMi♡SMILE.

In Episode 40, it is revealed that a unit can only be formed if there is a manager to witness the formation ceremony.

MY☆DREAM's ceremony
Add a photo to this gallery

In Season 2, a concept known as Dream Teams was introduced for the Dream Theater, in which only five-person units can participate. When five idols' Cyalume Charms shine simultaneously, it indicates the formation of a compatible Dream Team. Dream Teams are able to be reset (Solamageddon Mi), unless they participate in the seasonal Grand Prixes and manage to Cyalume Change into the Dream Parade coords (Dressing Flower, Cosmic Omurice da Vinci), after which they must continue as a team in the following Grand Prixes.

MY☆DREAM
Add a photo to this gallery 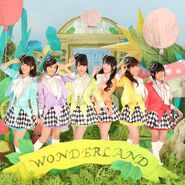 Prism☆Box
Add a photo to this gallery
Retrieved from "https://pripara.fandom.com/wiki/Idol_Units?oldid=200819"
Community content is available under CC-BY-SA unless otherwise noted.