Things seem to improve now that Laala knows Minami is actually Mirei, and that Pripara isn't truly forbidden; but tension rises between her and Mirei when she loses her patience over how little skill she has. In order to truly test her, Mirei puts her in charge of coming up with a brand new Making Drama.

Staring at each others true forms, Mirei comments on how different Laala looks within PriPara. She expects to be in big trouble, but Mirei informs her that it actually isn't against the rules, surprising her as they head outside of Prism Stone shop to discuss. Mirei confesses that she has always adored idols and it has been a long-time dream, but she is able to display such a different personality within PriPara because according to her calculations it is a popular Idol personality. She was hoping that someone would realize it was the true her, but then grows flustered after wondering if maybe it's too soon, although she wants to be noticed right away. Realizing she's sending mixed signals she quickly changes the subject by claiming sometimes staying in character is difficult; but one day she will make the big reveal.

Laala brings up PriPara again and is relieved when Mirei reveals Gloria only made up this rule upon joining. She also suggests that if Laala becomes a big enough idol then their Headmistress can't do anything about it. So she's going to have to focus on this for not only her fans, but her poor friends who have lost their PriTickets. Laala is very inspired by this and Mirei promises to help protect her until then, if she needs it, before bringing up their special training the following day.

Come then, the girls transform and head into PriPara. They head to an area to practice with some basic idol skills. They start with smiling, then move onto walking. Laala is unable to do well in either and is scolded, so they move onto handshakes, then autographs.

Later on at school Laala hides to practice her autograph during free time. She really wants to make Mirei proud and not angry with her anymore, but she struggles to concentrate and hears Gloria in the distance. Laala runs away in a panic and the Headmistress is able to get something related to PriPara from her, but Laala quickly swipes it and begins to eat the paper while pretending to be a goat. Gloria stops her to show her a "real" goat imitation and Laala uses this to run away until she finds Mirei- who punishes her for running in the hall despite their newly found friendship. She is then forced to polish the statue of the schools founder.

Later in PriPara, Laala is scolded for not improving at all. Neither Mirei or Kuma are that happy and insult her for such lousy skills, unaware of how terrible it makes Laala feel until she tries to explain herself. Mirei doesn't want to hear it though, bringing up their Making Drama, the thing they were able to perform twice now in hopes of encouraging Laala. Thinking it might help she puts her in charge of thinking up a brand new one.

At home, Laala watches PriPara with her little sister. She remains depressed while they watch Sophie perform, causing her to realize that she has to keep trying to avoid letting Mirei down. It's then her mother calls her to deliver a pizza to Pride Tower Hills, located on Parajuku fifth street. She looks at the paper before spotting pickled plums on the pizza, surprised until her mother explains that they never met the customer requesting them.

Laala heads to the location, remaining quiet and in awe while observing everything. She stops by the desk when a strange, run-down girl approaches her to pick up the pizza. She crawls back to the elevator after Laala hands it over, seemingly happy by the turn of events.

The next day, Laala reveals to Kuma that she was unable to think of any good ideas for Making Flash. He tries to make her focus more by trying to gain sympathy, but she is confronted again by the Headmistress and runs off as she gives chase. Mirei approaches and spots an item she dropped, stunned to see just how many times Laala has been practicing her autograph. She goes to speak to Gloria in private after Laala manages to escape her, and sets up a chart to point out that 99.9% of the girl students are interested in PriPara, and 97.9% have even gone on to increase their grades while skipping work or forgetting anything have only been 1.8%. She was hoping to change Gloria's mind with this, but it doesn't work, even as she brings up that 85.7% of the PriPara-goers have even made new friends, and this percentage rises as they speak, but this only angers Gloria. She tells that she never wants to hear anything related to friends or friendships ever again, causing Mirei to storm off. Unknowingly this has also made the Headmistress suspicious since she has seen Laala and Mirei together as of late.

Outside Laala decides that she wants to show Mirei her true thoughts and feelings to express gratitude. Once again she shows up late and when asked if she has a Making Drama yet, she just tells Mirei that they should try their best. So they change into their chosen coords for the performance and they head out on stage.

After the performance the girls leave and receive their brand new tickets. Mirei compliments Laala for a job well done and returns the item she dropped earlier. Laala thanks Mirei for her help at school earlier, and Mirei attempts to act as though she totally expected it, but it's clear she didn't. The girls express the desire to become even closer to each other soon afterwards. 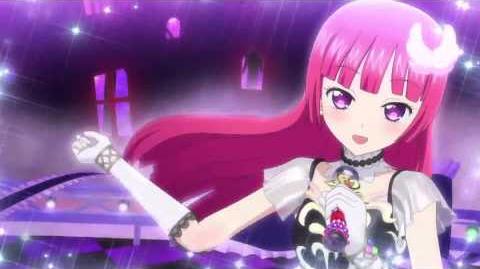 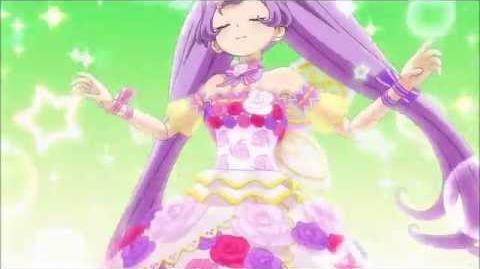 Pripara Episode 3
Add a photo to this gallery
Retrieved from "https://pripara.fandom.com/wiki/Episode_03_-_Team_Breakup%3F_No_way-kuma%7E!?oldid=207875"
Community content is available under CC-BY-SA unless otherwise noted.