2014 Limited Live is the 2nd wave of PriPara clothes for the arcade game developed by Takara Tomy A.R.T.S. and Alouette Games. The featured brands were Twinkle Ribbon, Candy Alamode, and Pretty Rhythm. This collection was released July 2014. The other coords featured were clothes from the original Pretty Rhythm series, with the Pretty Rhythm brands being called Prism Stone and Pretty Rhythm. Later, in September 2014, many new coords were released. There were 5 coords with no brand, and Baby Monster was promoted. 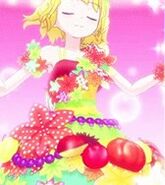 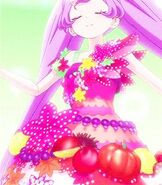 Tricky Witch Halloween Coord
Add a photo to this gallery

Retrieved from "https://pripara.fandom.com/wiki/2014_Limited_Live?oldid=39912"
Community content is available under CC-BY-SA unless otherwise noted.